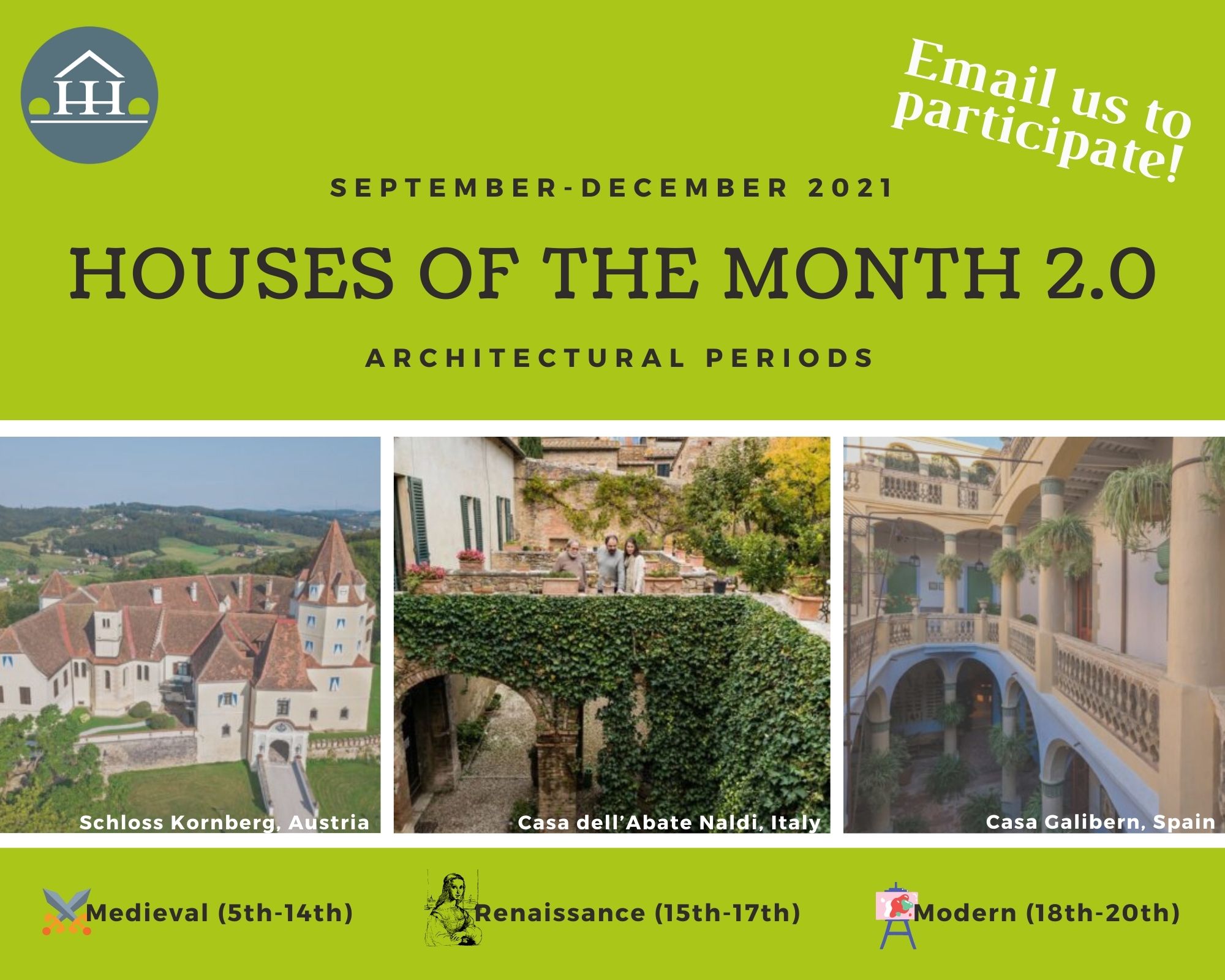 The Next Edition just started, stay up to date !!!

Drawing upon the success of our last online event, ‘European Heritage Weeks – Facebook Live Visits’, we are ready to show more of our great European private heritage. We have thus decided to combine our previous initiative – ‘the House of the Month’ – and the current trend for online events. Representing +50.000 private historic houses, EHH will introduce some of its treasures from all over Europe. ‘Houses of the Month’ is an invitation to take part in a new journey through the cultural heritage premises. With this new project, we want to offer our audience more than a guided tour. We want to spotlight the passion, talent, courage and hard work of our owners, as well as the importance of such buildings in our common History.
In the last edition, the four themes that we chose were: Gardens, Local Productions, Restoration Works, and Traces of European History. The Houses of the Month that have been chosen came from many different countries such as Italy, Spain, Ireland, UK, Belgium, Austria, Portugal, and Switzerland. In addition, given the success of the project, we have extended the project until March 2021. The initiative on YouTube and on Facebook reached almost 11,000! Houses of the Month represents a valuable opportunity for private owners to open their houses to the public in these difficult times of travel restrictions. By participating in the project, private owners can actively contribute to the promotion and enhancement of the European private cultural heritage, which is the primary objective of EHH.
This year, from September to December, we will introduce our private historic houses under the theme of architectural periods. The three themes are as follow:
More information about the program will follow soon: stay tuned! Willing to participate*? E-MAIL US! Spread the news if you know anyone willing to participate?

*We will only accept applications from our members and their members, but the visits will be accessible to everyone!

For those of you who missed the opportunity of discovering these cultural gems, both the descriptions and virtual visits will be available below. 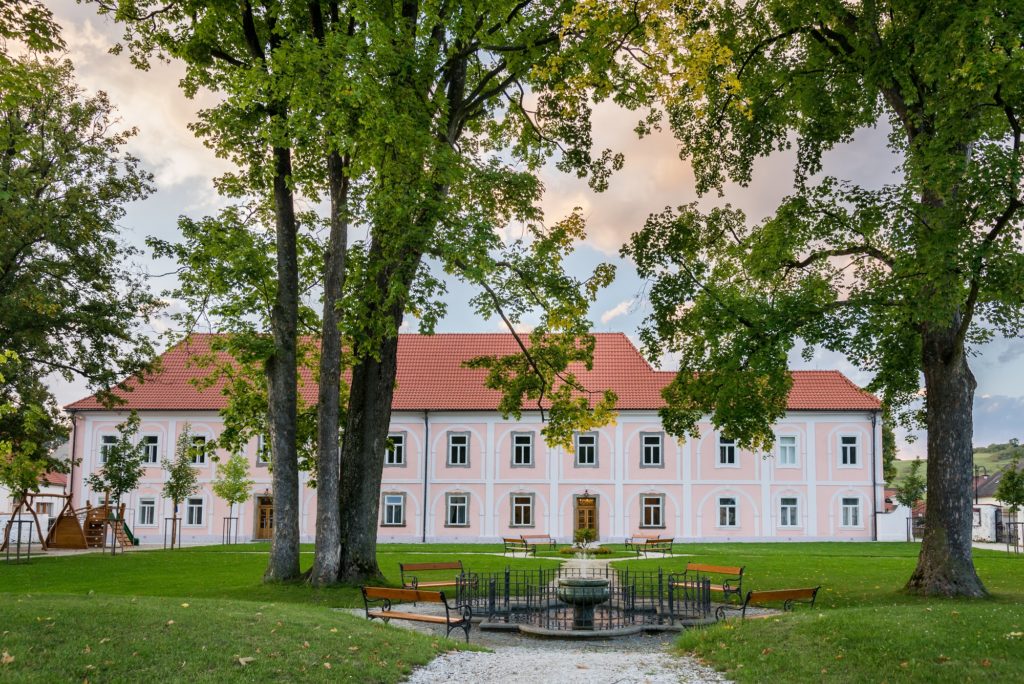 Chateau Hrádek is located 5 km from the town of Sušice in the southwestern part of the Czech Republic. The first mention of Hrádek dates back to 1298. It is a preserved deed of donation.  After 1590, the medieval fortress was rebuilt into a Renaissance chateau. The year 1731 was significant for the chateau when earl Jan Ferdinand Des Fours de Mont et Athienville became the owner. He began the reconstruction of Hrádek by building a new Baroque chateau next to the old Renaissance one. In 1775, a Baroque chapel dedicated to St. Valburga was built. After the end of World War II, the chateau and the whole estate were confiscated. The chateau was turned into apartments for about 20 families. In the communist era, nobody took care of the maintenance of the chateau, so it fell into disrepair and became increasingly uninhabitable. Due to the state of disrepair, the Baroque chateau tower collapsed in 1976 and the chateau gradually became depopulated. The chateau was purchased by architect Mr. Pavel Lejsek in 2000, who started work to save the building from its collapse. In June 2010, after a difficult reconstruction, the chateau was opened to the public as a hotel with a restaurant. In the following years, the outbuildings, courtyard, chateau park, Baroque chapel were gradually restored.  Since 2016, the Empire-style orangery and the utility garden have been under reconstruction. Other outbuildings (especially a former brewery building) are still waiting for their rebirth. Thanks to its romantic surroundings, the chateau is popular for civil and religious wedding ceremonies and a variety of cultural and social events. 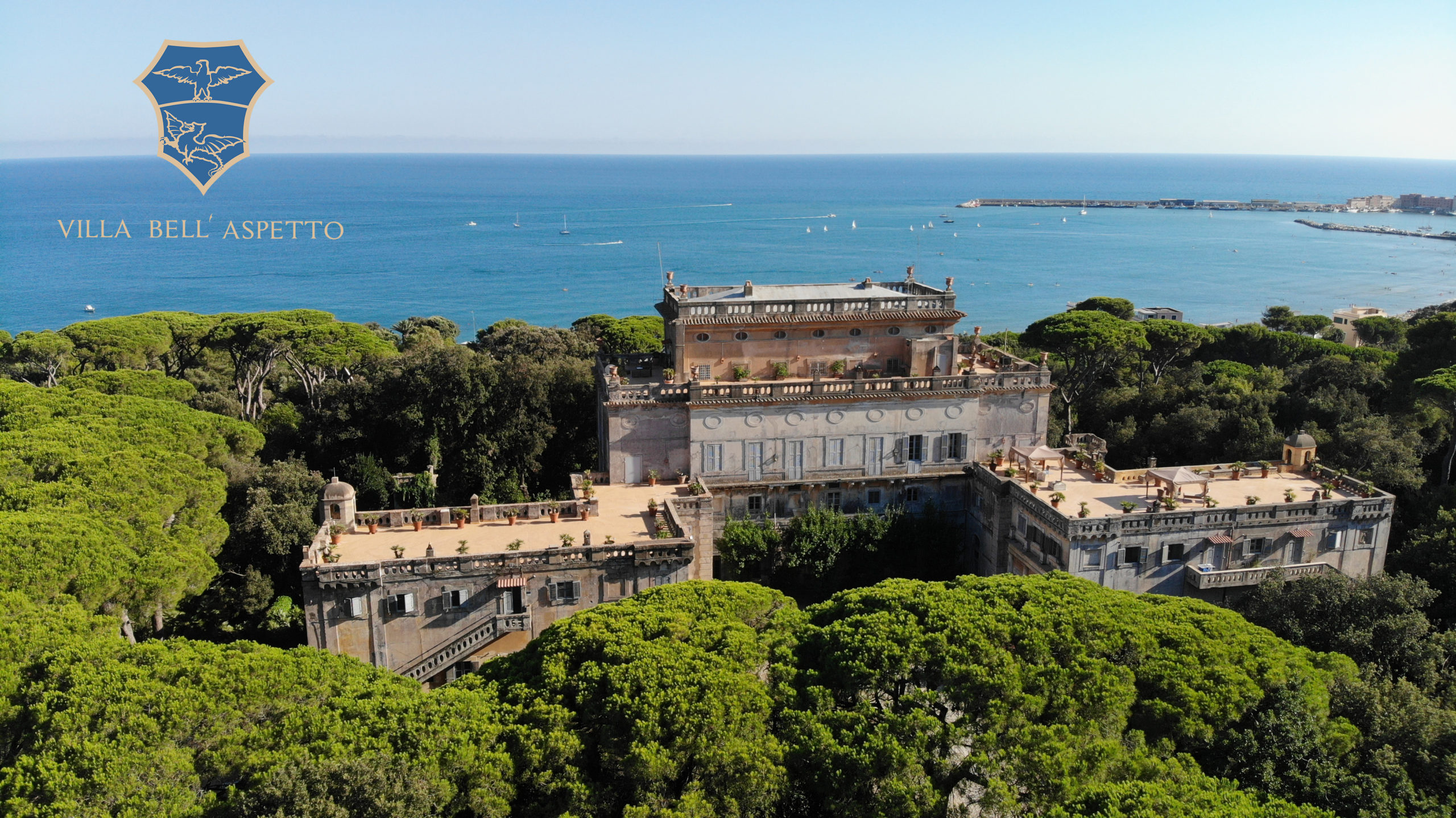 Villa Bell’Aspetto was built in 1647 by the Cardinal Vincenzo Costaguti. The original planimetry was made up only by the central building surrounded by four tours. For a long period, it was a hunting lodge “Casino” as we know from the illustrated hunting list from Giovanni Piancastelli, that reported the names of the family participating. Camillo Borghese, husband of Paolina Bonaparte bought the villa in 1832 from the big deal maker Don Giovanni Torlonia that had bought it from the Costaguti. As he had no children, Camillo left the villa to his brother Francesco, married to Adele de La Rochefoucauld. The Garden is a typical Mediterranean informal garden with Holm, Cork and Downy trees: from 1840 where added Domestic Pine, Alepensis Pine, sea Pine, Eucalyptus, date Palms, Phoenix Canariensis that at the main entrance surround the spring water fountain instead of the original pond. Climbing to the Villa, from the informal garden, you enter the formal Italian one. In the Orangery, a fruit cared by the Neoplatonic symbolists, Rodolfo Borghese designed a little boxwood street that forms two hearts that face themselves in the middle of the house axis. The original building that Giovanni Antonio de Rossi (1616-95) conceived was a sober interpretation of baroque that gradually bent over the needs of a large family. Marcantonio, Francesco’s son, was the first Borghese to deal with the static problems of this imponent Villa and had to build robust and immense columns from the bottom to the top to hold the big noble living room. In addition, he decided to introduce a dining room for his big family. Every recipe was for 22 persons and had to sacrifice the great external staircase. It is in this period and then with Paolo Borghese that the villa lives its best period.

Ballyvolane House is a Georgian country house built in 1728 by Sir Richard Pyne. The house and gardens were extensively remodelled in the 1870’s. The property remained in the Pyne family until 1953 when it was purchased by Squirrel and Joyce Green following their return from Malaya where Squirrel had been a rubber planter. Their son Jeremy and his wife Merrie farmed the property and slowly transitioned from farming into hospitality in the 1980’s which was when they opened the house to paying guests. They also carried out extensive restoration works on the house, gardens and lakes during the 1980’s and 1990’s. Their son Justin and his wife Jenny took over the reins in 2004 and have diversified into weddings, events, glamping and in 2015 opened a gin distillery in the farmyard. Justin and Jenny and their three children live at Ballyvolane House nowBallyvolane House is situated deep in the beautiful north east Cork countryside, 30 minutes from Cork, 2.5 hours from Dublin. The house is surrounded by vast gardens, mature woodland, parkland and lakes. Stuffed with family heirlooms, portraits and antiques the house is friendly, homely and unstuffy. The vibe at Ballyvolane House is more ‘house party’ than hotel. Guests enter through the striking pillared hall with its grand piano and hand-stencilled doors. The elegant drawing room at the rear overlooks the terraced lawns.Feast on delicious traditional, Irish country house dishes served in the dining room, sleep in the indulgently comfortable bedrooms are all upstairs in the main house. For the active, there is a tennis court, badminton, a 7-a-soccer pitch, swimming in the lakes, croquet, clay pigeon shooting and game shooting in season, woodland walks all on-site.
HOUSES OF THE MONTH 2.0 – VIRTUAL VISITS